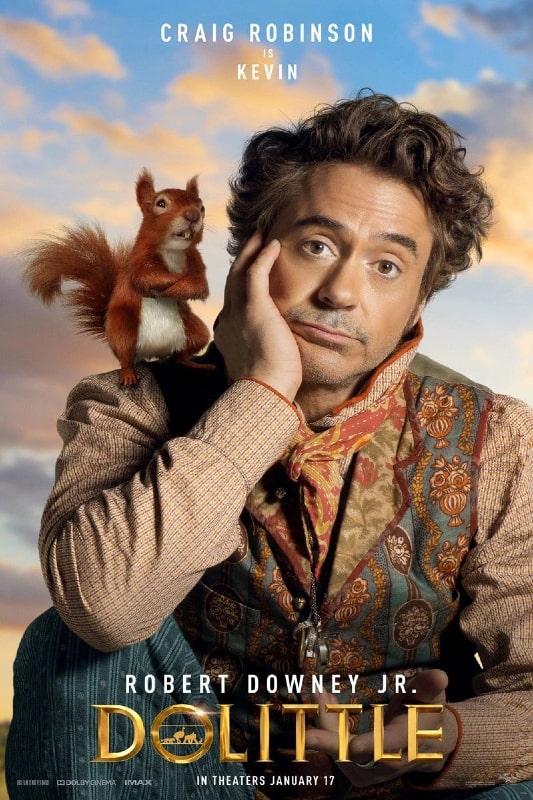 A fictional story based on the children’s novel The Voyage of Doctor Dolittle, written by Hugh Lofting in 1922, came live again this 2020, directed by Stephen Gaghan. Starred by the famous Robert Downey Jr. will bring something unique to these movies. Introducing a modern element into the original series of Doctor Dolittle from 1997 will make this film the best top film to be watched by our children. (Image Credit: imdb.com )

Dolittle (2020) is a fun and family movie that will open the mind of our children. A story about a doctor, Dr. John Dolittle, has a peculiar ability to talk to an animal. He isolated himself from the outside world after the death of his beloved wife, Lily Dolittle, a fearless explorer. He’s living with sadness and mourning in his Mansion every day, given by the royal highness with all his loyal animal friends, Poly (Parrot), Jip (dog), Chee-Chee (Gorilla), Yoshi (White Bear), Plimpton (Ostrich), Dab-Dab (Duck). An adventurous journey began when Queen Victoria, poisoned by a Nightshade flower. The only cure is by locating Eden fruit from a tree that has never been seen, on an island that has never been found, the Eden Tree Island. An evil conspiration by Lord Thomas Bradley and Dr. Blair Mudfly to seize the throne of Queen Victoria almost succeeded when they able to steal the journal to Eden Tree Island. An unforeseen incident on the island happens; the battle between the dragon guarding the Eden fruit and Dr. Dolittle is unexpected. Still, the sick dragon cannot hold it any longer. Dr. Dolittle offered his expertise and helped her removing the steel shield from her colon. The fart incident will make your children laugh!

Despite receiving a negative review from movie critics, this film grossed $249 million worldwide against a $175 million budget and became the sixth highest-grossing film in 2020. Some might label this film “drive adult mad, delighted small children.” As our primary concern, this film is the best film for our children, full of imagination and unexpected adventurous event! It is a Must-Watch Film by a smaller generation.