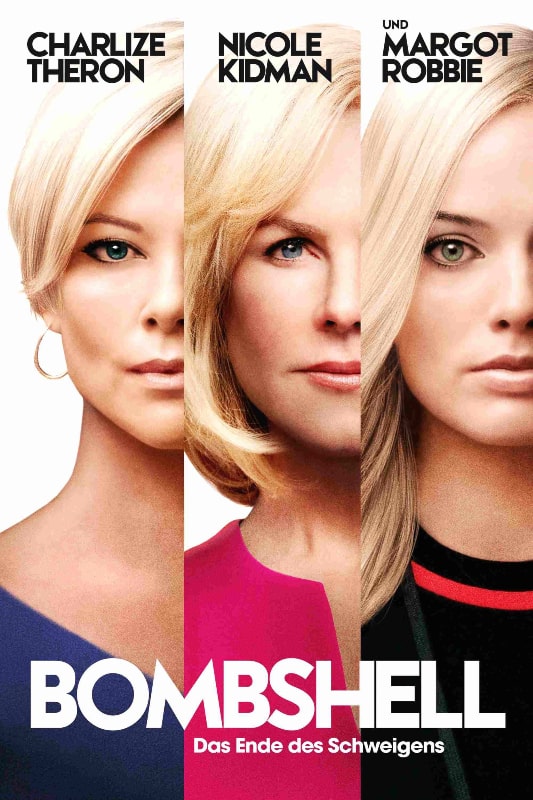 This movie was inspired by the real events directed by Jay Roach, written by Charles Randolph, who will make you furious and anger about sexual harassment. A shameless boldness guy who says:

Stop getting goddamn offended by everything!

learn to get along with the boys!”

As humans, we oblige to make things right, even if it leads us to death. “Money is everything,” you might say. However, it won’t last long if you have faith.  This movie reveals an actual working environment of a lawyer, journalist, reporter behind Fox News. If you ask a question on how to work there? Just remember. You have to adopt the mentality of an Irish street cop and never worried about the story’s source. Just go with, “Some are saying.” Be Frighten and Titillate! (Image Credit: Pinterest.com)

Roger Ailes by John Lithgow. Starred as the Fox News chairman, a paranoid, controlling, vindictive, Fox Entertainment mastermind. A man who claims loyalty beyond humanity and using that power to get everything he wants, including sex. However, he never unambiguously asks for it, making it hard for his employee to take charge of sexual harassment against him. Fair and balanced. Everyone wants something in return to secure success.

Three women stand their ground to bring him down, regardless of the risk and how it will publicly humiliate them. Gaining success in broadcast television is inflexible, arbitrary, and considered as the most competitive industry on earth in the eyes of Roger Ailes. The most challenging hurdle they need to overcome is finding a Fox current employee that has been harass by Roger’s, and most of them are afraid. But the more they dig, they found out that Roger has a team called “Black Room” waiting for his commands to destroy everyone that disturb his reputation.

Megyn Kelly by Charlize Theron. The moment she speaks up about Trump and women’s issues.
Donald Trump tweeted about Megyn Kelly to humiliate her for the entire year. There’s a reason why Trump loves Fox. They cover each other back. Being called a bimbo is the worse! Her analogy on the hotline complaint is on-point. Roger controls everything. They have a contractual right to monitor every communication. So, Yeah! File a complaint! That will solve the issue. “It’s like somebody stripped you naked, and they want you to walk through the office just to prove it.” Her outburst revealing she also one of Roger’s harassment victims, despite her confident and strong vibe, is unexpected. The toughest dilemma she faces is to choose a guy who secures her future or be with helpless women to make things right.

Gretchen Carlson by Nicole Kidman. “You are sexy, but you are too much work. To get ahead, you gotta give a little head”. An unimaginable sign that can only be mention beneath the heart. An expression that she needs to understand if she wants her job back. The moment they fired her, she started a war with Roger Ailes, filing a lawsuit on sexual harassment against him in New Jersey State Court. She planned everything, and now, she acts! Six women who have become Roger’s victim before, making a statement publicly on what he did to them.

Kayla Pospisil by Margot Robbie. A pure, ambitious, and smart women that willing to do anything for her career. Five minutes in Roger’s office leave her speechless. She’s like a virgin in the entertainment industry who thinks that success will come by busting our ass off. Again, he pitches about loyalty to her and giving her a sign of what he wants. At last, she gave in. She questions Megyn, why wouldn’t she do anything when she has the power to change it? But the real question is, what would she do? She quit! For the better.

Here’s the thing about being sexually harassed at work, it condemns you to questions you keep asking yourself. You feel like you’re at fault. Is everything I did trigger it? Do they see me as weak? Will they say I’m after money or attention? Will this define me for the rest of my life? If I stay, do I have to put up with it? Will the next place be different? Or can I make it different? Many peoples are skeptical of harassment claims until they experience it themselves or know someone who has. Let this movie be proof of it.